Oxidation is the decay process of cells from free radicals which attacks cell vitality. This is known as oxidative stress and is seen daily with the rotting of fruit as it is left out.

Free radicals are unstable molecules that cause oxidative stress that can lead to cell and tissue damage which experts believe is a major precursor to chronic diseases and premature aging.

Free Radicals are always being produced as a byproduct of metabolism. 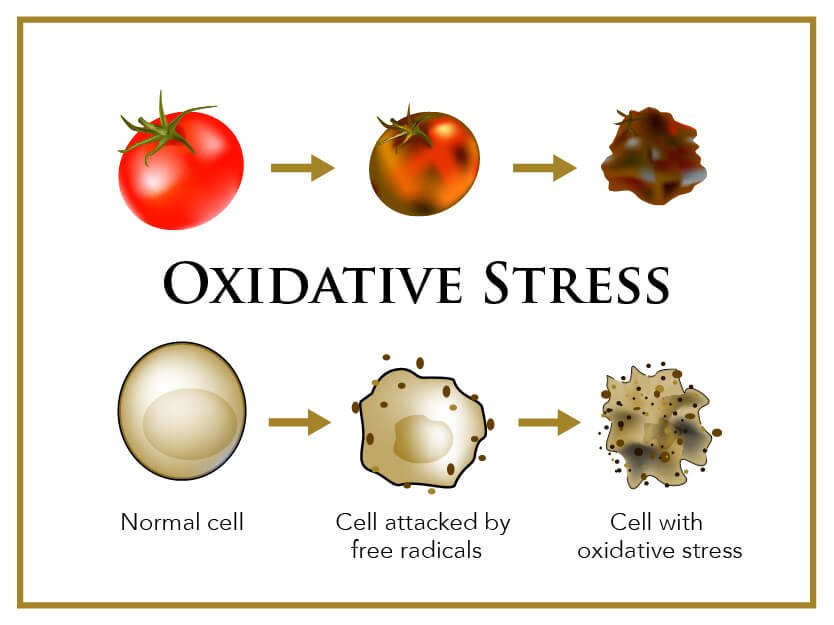 Antioxidants are known as “free radical scavengers” since they neutralize free radicals and reduce oxidative stress in the body caused by these unstable molecules. 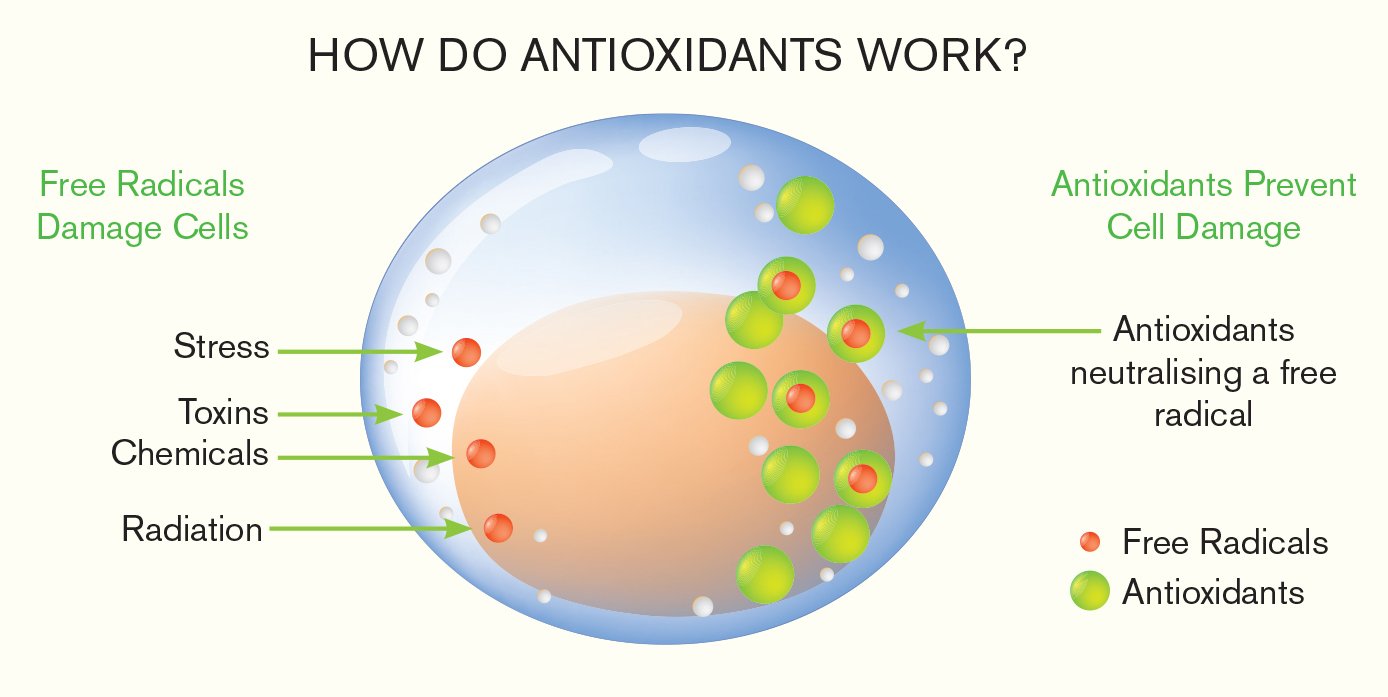 Free Radicals can't be avoided as they are produced through multiple ways which we encounter daily. There is no current source that can combat the numerous free radicals which are produced aside from energized water which has a very high number of antioxidants. 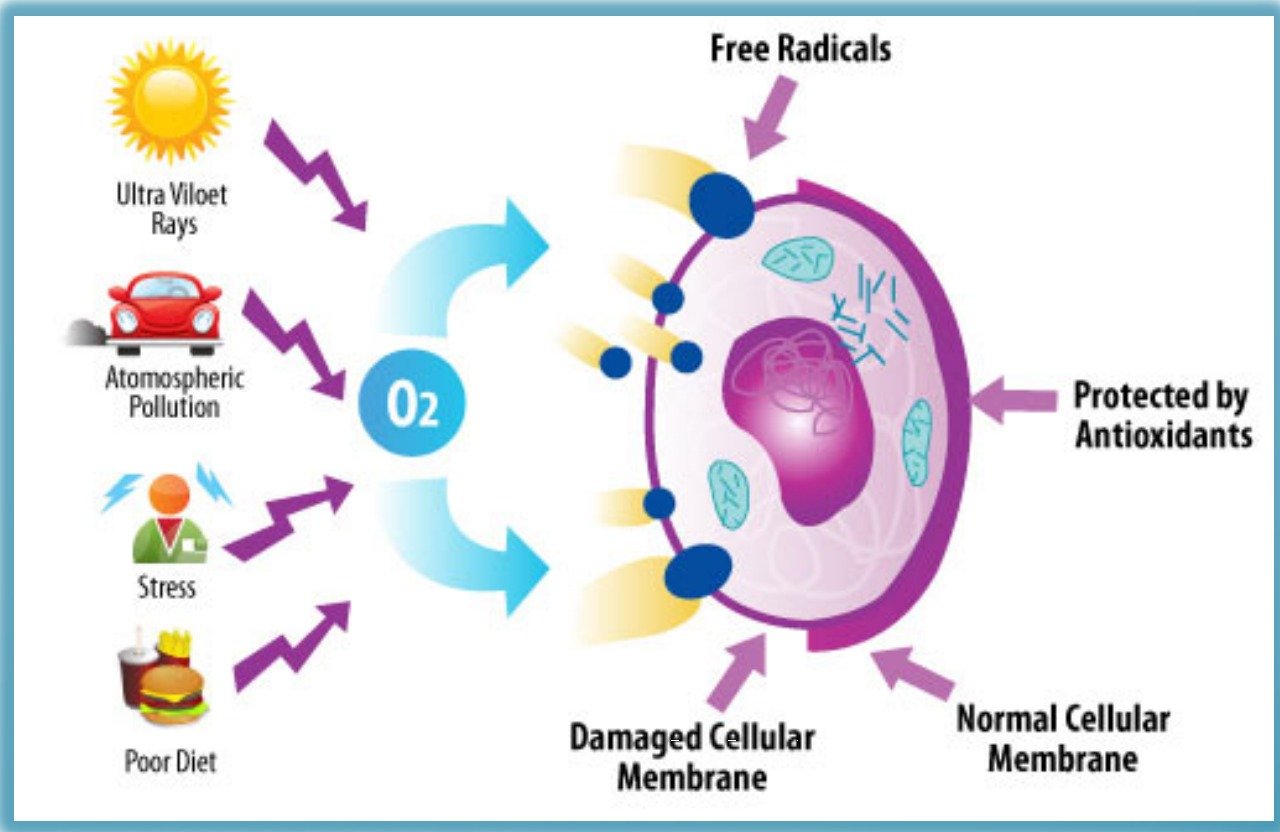 Dr. Lester Packer, senior scientist at Lawrence Berkeley and antioxidant research scientist says "Scientists now believe that free radicals are a factor in nearly every known disease. Consuming the right type of water is vital to detoxifying the body's acidic waste products and is one the most powerful health treatments."

Dr. Ray Kurzwell, award-winning scientist and inventor says "There are more benefits to alkaline water than simply the alkalinity of pH. The most important feature produced is its oxidation reduction potential (ORP). Water with a high negative ORP is of particular value in it's ability to neutralize oxygen free radicals. We found that water coming directly from the tap had an ORP of +290mV, while the water coming out of the water alkalinzer had a negative ORP. The more negative the ORP of a substance, the more likely it is to engage in chemical reactions that neutralize positively charged free radicals. Free radicals are among the most damaging molecules in the body and are highly unstable molecules that are oxidizing agents and are electron deficient. They are a principal cause of damage and disease in the body. Oxygen free radicals contribute significantly to a broad variety of harmful conditions in the body ranging from life-threatning conditions such as heart disease, stroke and cancer, to less severe conditions such as sunburns, arthritis, cataracts and many others. Free radicals must get electrons from somewhere and will steal them from whatever molecules are around, including normal, healthy tissues." 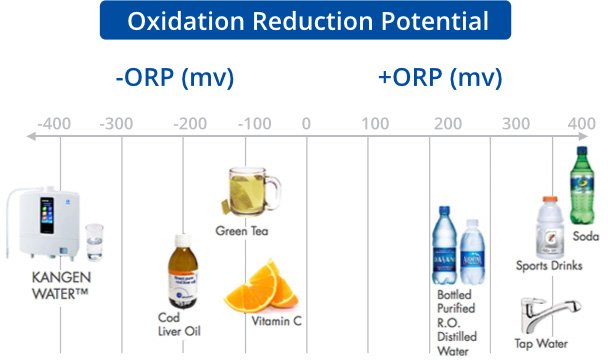 Hydrogen (H2) is the antioxidant produced in energized water and has been shown to protect cells from even the most dangerous free radicals.

Hydrogen supports your body’s natural antioxidant system by signaling pathways associated with the prevention of disease.

Hydrogen has been observed to be protective against damage to numerous organs including the brain, pancreas, heart, liver, eyes, and lungs. This is believed to be because of H2's anti-inflammatory, antiapoptotic, and oxidative stress fighting effects.

Hydrogen protects DNA against radiation damage and does so by scavenging hydroxyl radical formation.

Hydrogen is neuroprotective and has been shown to reduce damage to the brain in Parkinson’s patients. It’s also shown to have generally neuroprotective properties due to its ability to fight oxidative stress. 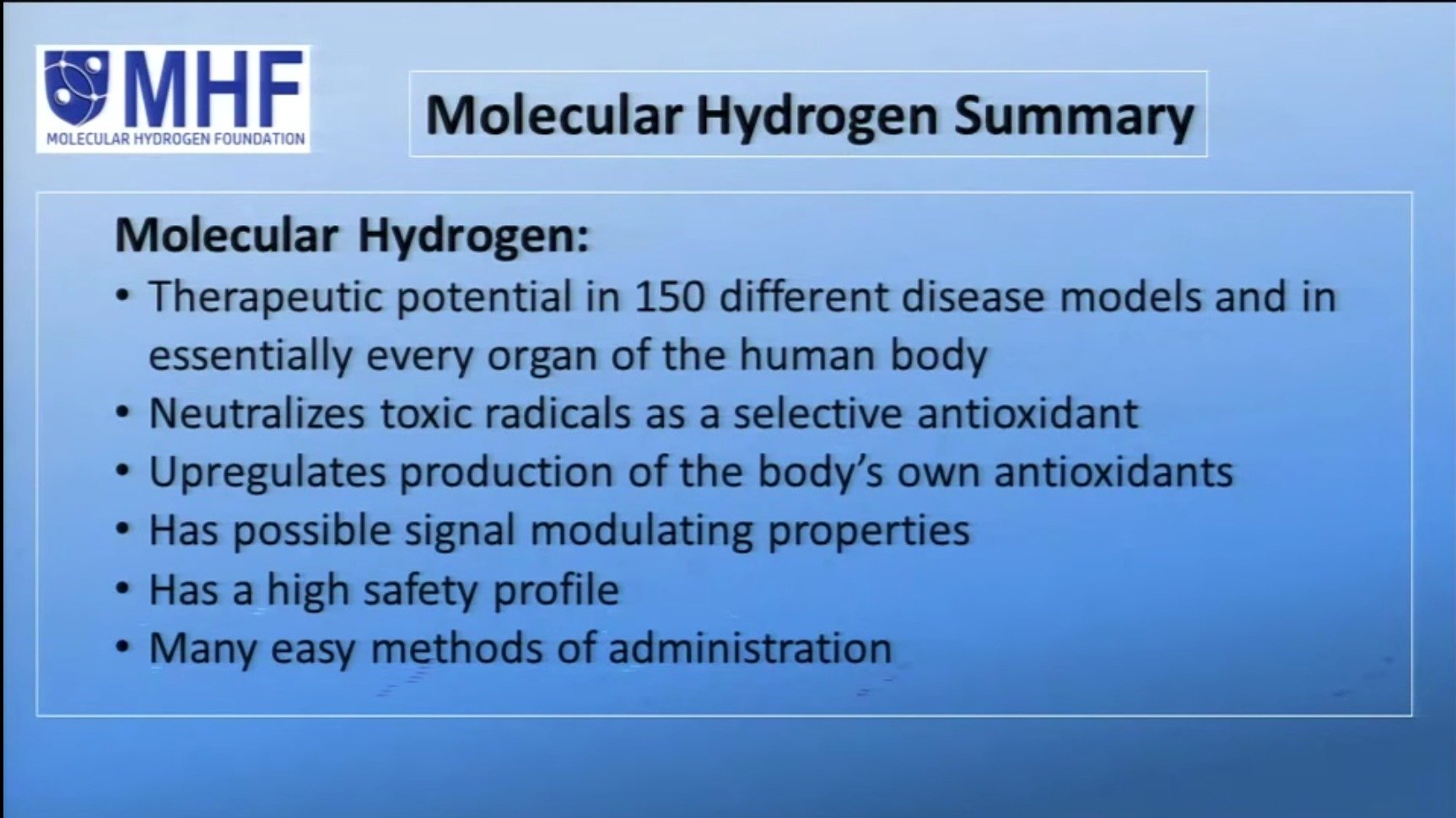 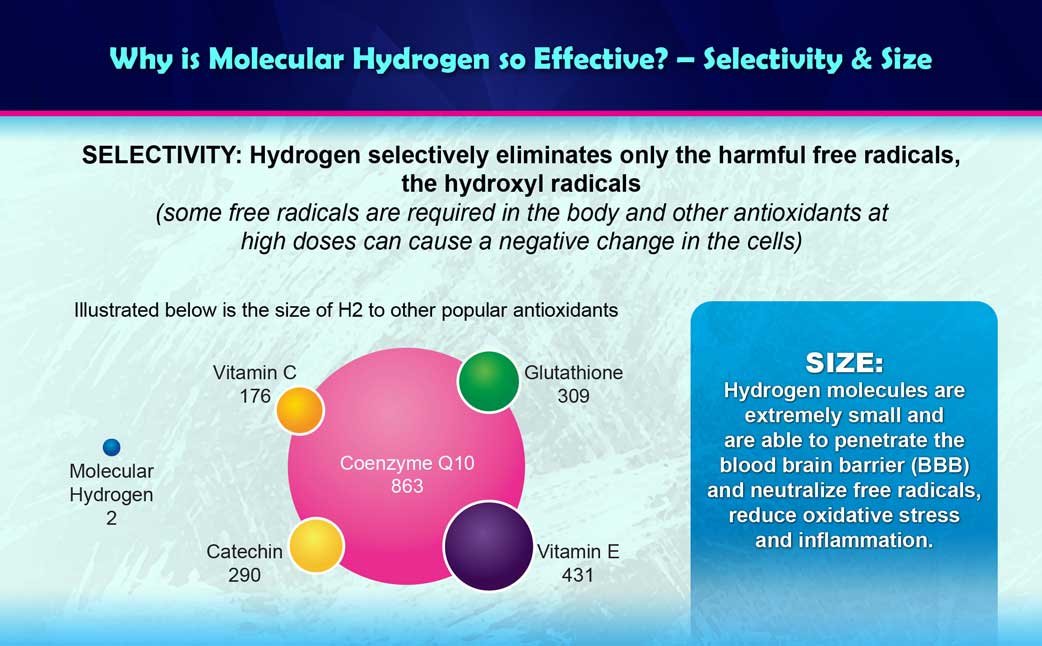